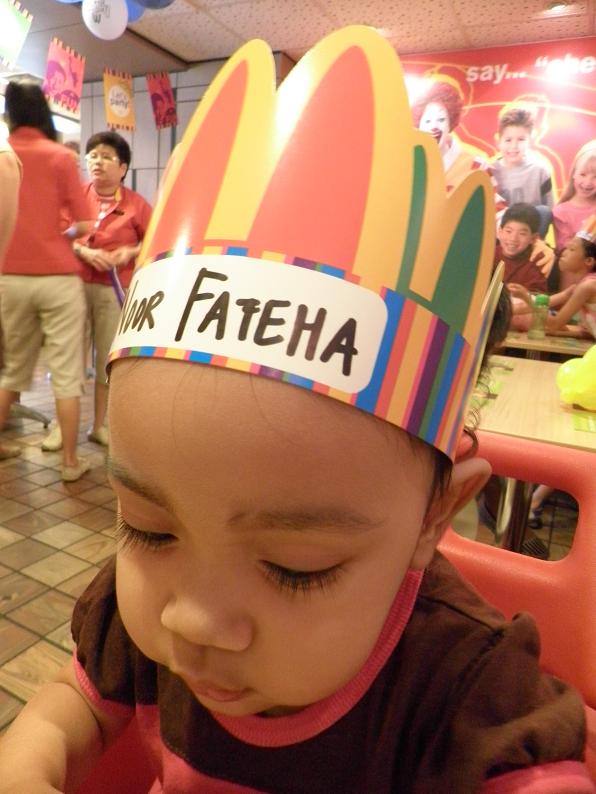 my little crown princess was knighted by the Royal Highness Ronald McDonald’s crew, today, during a Rainbow Birthday Party. 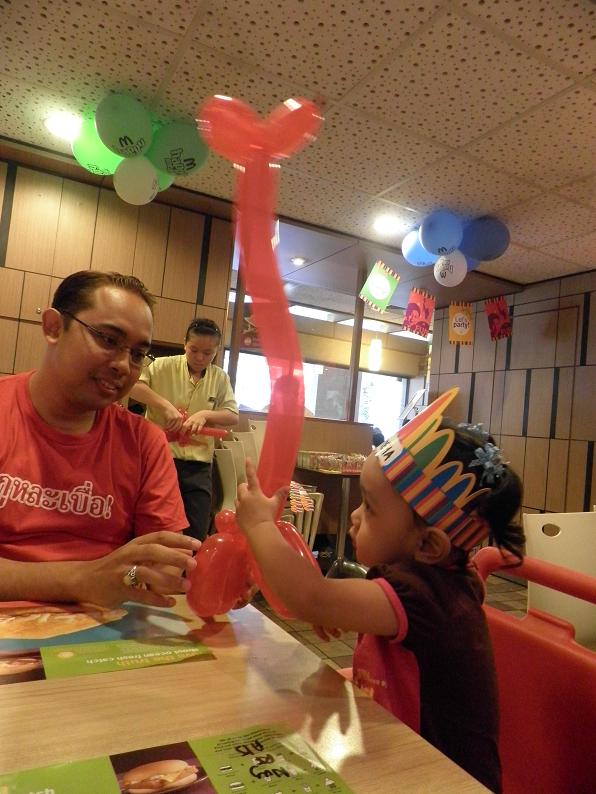 she was also blessed with a Royal Balloon Giraffe (RBG). 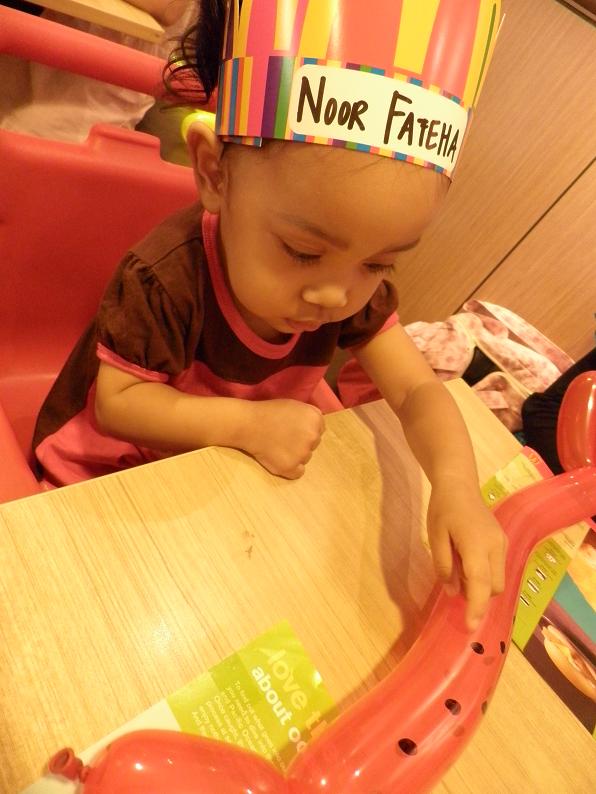 i was given the honour to draw some spots on the RBG, which my Crown Princess was mesmerized with. she began to touch, squeeze and even tried to rub off the marks. so before she burst the balloon… 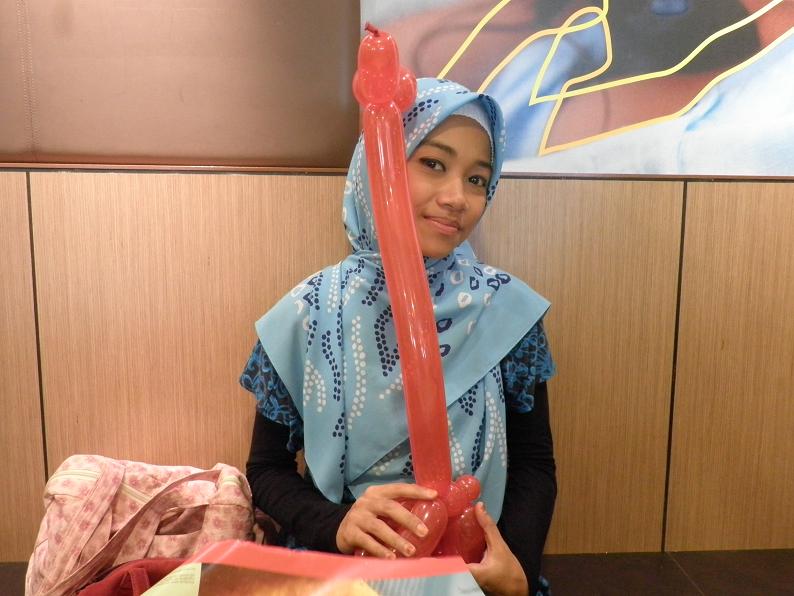 i took the opportunity to take a picture with it. and since then, i had been given a great responsibility in taking care of RBG. oh yes, it has been very safe with in my hands, being an animal lover that i am.

p/s: but of course, all these are just fictitious.