before she turned one, Fateha seemed like any other babies. so normal, so perfect. bubbly and chubby. only thing that i observed was that she had some delays in her gross motors, which i thought was pretty normal for an extremely premature baby. little did i know that things were not going the way i hoped it would.

i recalled the first diagnosis that fateha was given, other than having intraventricular hemorrhage when she was in NICU (no, that was a trauma to the brain that caused it to bleed),  i was told that she had a birth injury called erb’s palsy. this diagnosis stayed with us till today. apart from that, her delayed walking was not discussed much; it was just brushed off as global developmental delay (her speech was part of this).

i was curious to find out what was her primary diagnosis and her main condition that hindered her from developing like normal kids. i went into my own research; watching videos, tv programmes and readings about children with global developmental delay (gdd). but i was disappointed. none of them matched what i was told about Fateha.

looking at her gait, how she bent her knees while walking, and how she uphold her posture while walking; they all matched to kids with cerebral palsy. something that i did not want to accept. no, my child could not be having this disability. and when we brought her for a neuro appointment in july, we heard the word “cerebral palsy” being mentioned by one of the neuro team while they were working on her. my heart cracked. this, no one knew (until now that i am writing this).

today, another scheduled neuro appointment, i learnt two new diagnosis. from the same neuro team. how could this not be detected earlier when there was not any difference with Fateha’s condition? sigh. when the associate professor was assessing Fateha’s arm, instructing and discussing with his team of doctors, he mentioned to them that this was not erb’s palsy, like what was written in Fateha’s medical file since 2008. 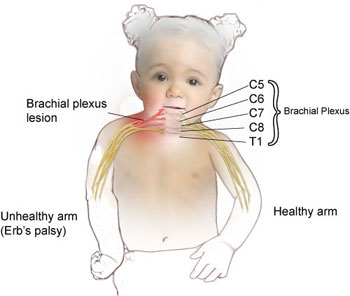 then they mentioned that a classic erb’s palsy patient would have what they called a waiter’s tip hand, like the above picture. and Fateha did not have any of it. just that her biceps, deltoid and triceps were all tight and caused her arm to bend. they said it was because of muscles contracture. but i believed that was indeed erb’s palsy. just that it got worse that her muscles got contracted. sigh. 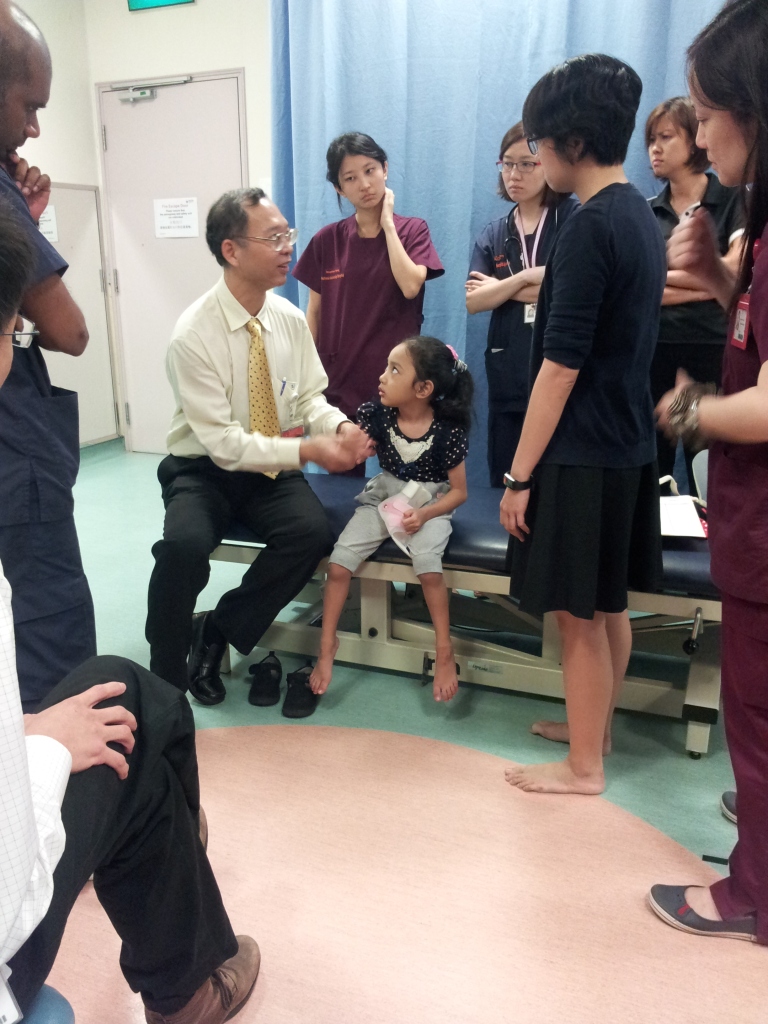 and to improve the condition, another surgery was planned for Fateha. this time it would be to stretch and lengthen her contracted biceps so that she could bend her elbow downwards and upwards like normal people would. for that we would have to do an intensive therapy, something that we had done before when she had a tendon transfer procedure when she just turned three. it did not have much progress and improvement.

when her calves and ankles were assessed, the professor also planned for another botox treatment. this time, it was meant for softening her muscles around the ankle. all for making her walk properly without tiptoeing. and when i was passed the appointment card, along with a form for the treatment, i saw what was written in the primary diagnosis. spastic diplegia.

i swear i had a puncture in my heart. what was that? i thought it was cerebral palsy, like what they mentioned previously in july? and now a spastic diplegia?? i requested for a letter from the team of her condition. and i mentioned that they needed to be specific and accurate. i told them that i needed it so that it would be easier for me when in case i had to produce something when enrolling Fateha in a mainstream kindergarten. luckily, they obliged and wrote me a diagnosis right away.

when i got home, i googled spastic diplegia and sighed a relief. it was just another word and a form of cerebral palsy, where a highly tightness and stiffness found in the lower part of the body; legs, hips and pelvis. i need to learn medical terms, like, right away. so that i would not faint or get a heart attack when i hear a different diagnosis.

in the mean time, i need to bury myself under my duvet. see you guys in my next post when i come out for air.